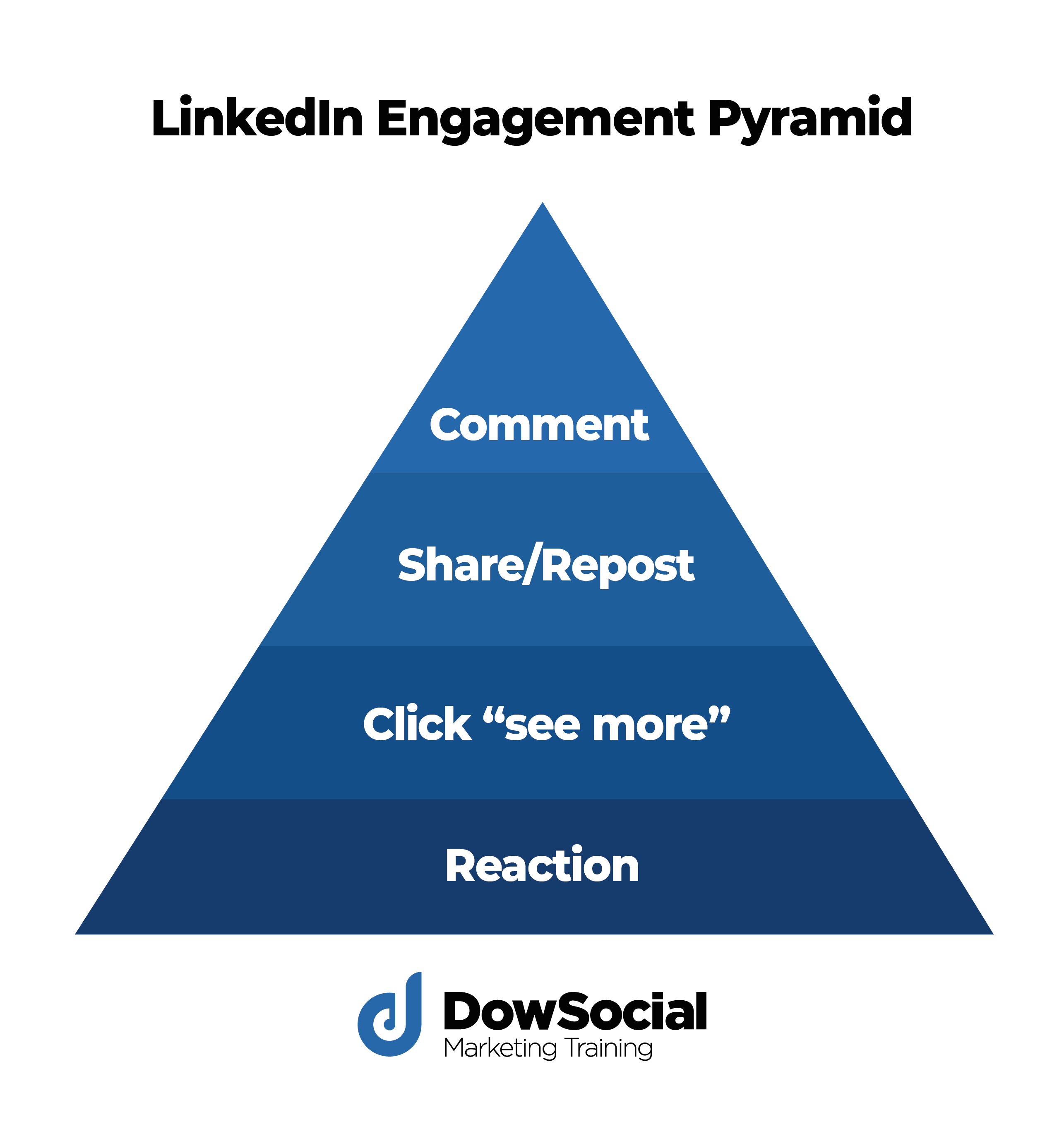 Using The LinkedIn Engagement Pyramid To Maximise Your Post Reach

By Kristian DownerNovember 30, 2022No Comments

To maximise the impact of your LinkedIn posts, you should post content that connects with your audience to inspire engagement that signals the algorithm to distribute your post to more news feeds.

The engagement that your post gets, particularly in the first 90 minutes is vital in determining who your post is displayed to and how often it will appear.

Not all posts are created equal, with different types of engagement given different weight by the algorithm as it calculates which posts to put in users’ news feeds.

What Are LinkedIn Engagements?

LinkedIn engagements are the actions that users take on your posts.

They can consist of tangible measurable engagements such as likes, shares and comments. As well as intangible engagements where metrics are not visible such as when users click “see more” button.

The LinkedIn Engagement Pyramid outlines the value that the algorithm places on the different engagement types. Whilst all engagements have a positive impact on the reach of a post. The most powerful signals to the algorithm are at the top of the engagment pyramid with the weakest at the bottom.

The most valuable engagement signal to the algorithm is when someone comments on your post.

This shows that the user has a strong enough connection to the content to take direct action and engage directly. This is valuable to the platform as it stimulates debate and suggests the content has merit.

In a similar vein sharing or reposting with your own thoughts is another powerful signal to the algorithm that you are interested in the content and think that your connections may be as well.

Although the repost may not gain much traction on it’s own, it will help promote the original post.

The first sentence or paragraph of your post is vital.

It acts in the same way as a newspaper headline, it should draw the user in and convince them to read the rest of the post.

When users click ‘see more’ they are engaged enough to keep reading, which sends a signal to the algorithm. 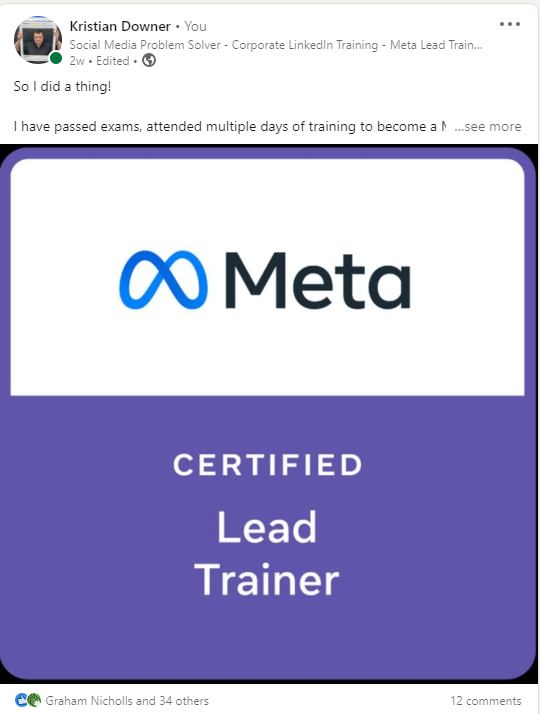 Originally on LinkedIn you could only like posts but in 2019 the first reactions were rolled out with the aim of adding more context, fun and context when reacting to posts.

Reactions are bottom of the pyramid of importance as they are a very passive form of engagement compared to comments, shares and taking the time to read the entire post.